The American Academy in Rome was founded in 1894 to enrich American artistic and intellectual life through a deep immersion in Rome’s layered history. Initially, Rome Prize Fellows in architecture and the arts studied the classical canon and its echoes in the Renaissance and Baroque, producing neoclassical works upon their return home. Fellows in the humanities pursued their work more independently, consulting important archives, libraries, and other resources available in Rome. As the institution evolved—most rapidly after World War II—all Rome Prize winners explored their fields with greater individual freedom, and the disciplines expanded and diversified to the eleven currently represented.

Encounters I and II, organized by Peter Benson Miller, are part of a year-long series of events commemorating the institution’s 125th anniversary; the exhibitions trace only a few representative examples of the many interdisciplinary encounters fostered by the Academy from 1948 to the present and their enduring impact on American culture.

Encounters II: The Activist Gesture pairs the artist Julie Mehretu and the architect J. Meejin Yoon, whose creative works exploit the potential of abstraction while also establishing a dialogue with art, architectural history, and the realities of social and political life. Both women work in a way that considers the contested nature of public space, suggesting multiple points of view and the simultaneous histories. The works in this exhibition share the political nature of art and architecture. In Mehretu’s Black Monolith, for Okwui Enwezor (Charlottesville) we see a shattering of the atmosphere overlaid by a maelstrom of lines, suggesting figures or projectiles. Yoon’s rising angular stone wall of the Memorial to Enslaved Laborers creates a charged discrete space, embracing difficult memories of a past, which unfortunately continues to resonate today. Though initiated years ago, the memorial recognizes the continuing history of racial violence and its public erasure.

The American Academy in Rome strives to be an inclusive community where all ideas and forms of expression are valued. It is the hallmark of an evolving institution that has changed in its 125-year history. Academy programs and exhibitions like Encounters II reflect on the complexity of our own institutional profile. One could claim prescience in the selection of its subheading, The Activist Gesture. This phrase demonstrates the persistence of the struggles for equity, which are as old as the nation. We are reminded in these days of the importance of community and the unique role the AAR can play. The support it provides to artists and scholars helps inform the way future generations will understand history and their place in it.

The digital presentation of Encounters is graciously supported by the Embassy of the United States to Italy. The Academy’s 125th anniversary programs have been generously supported by the Syde Hurdus Foundation. The Residency of J. Meejin Yoon (2006 Fellow) is made possible by the Colin Rowe Designer in Residence Fund. The Residency of Julie Mehretu is made possible by the Roy Lichtenstein Artist in Residence Fund. Support for Encounters I and II has also been provided by the Al Held Foundation and by Irene and Frank Salerno, remembering their dear friend, Rodolfo Rinaldi. Encounters I: Abstracting Rome, was shown in the AAR Gallery this past fall and is available online. We are ever grateful to the Academy’s Board of Trustees for everything they do to make endeavors such as these exhibitions possible. 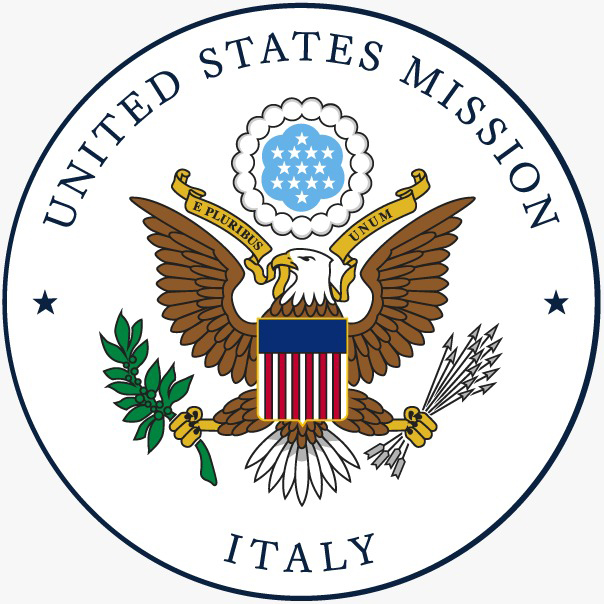 Please read Peter Benson Miller’s introduction to the Encounters series to learn more about the project, as well as visit Encounters I: Abstracting Rome and Encounters II: The Activist Gesture to view the two parts of the exhibition.

In fall 2019 Claudia Trezza spoke with curator Peter Benson Miller about his ideas for the exhibition, which investigates the enduring impact of the city of Rome as a dynamic creative laboratory through a series of interdisciplinary exchanges.